The term “unveiled wife” has always made me think of the story in the bible that I have always found a little frustrating and mysterious. The story of Leah and Rachel, the two sisters who ended up married to the same Jacob, is one of attraction and confusion and deep hurt. If you don’t know the story, I highly encourage you to watch the video I am posting at the end of this blog. It’s the Jesus Storybook Bible version, which happens to be for kids, but is pretty much the best version out there.

The unveiling of Leah must have been a real shocker for Jacob. It must have been frustrating and infuriating. But it also makes me think about how often couples talk about their own experiences – not of marrying the wrong person per se, but of marrying a person that turned out to not be all they thought they’d be.

Have you ever thought to yourself, this isn’t the man I married? Or this isn’t the guy I remember dating. When did he turn into this one? But have you ever thought he may be thinking the same thing about you? When was she so cruel and demeaning when we were dating? How come she thinks the silent treatment actually works? Or how come she not only doesn’t do her hair any more, she makes it clear that she’s not going to do her hair “just” for me any more?

In some ways, I think we benefitted from getting married later in life because both Rob and I have some mostly normal wear and tear on the exterior, and the interior for that matter. I was 39 when we got married. He was 40 and while most people would say he looks more his age than I do mine, my point is that neither of us look like we did in our early 20s. I haven’t been that thin in, well, 20 years, and he hasn’t had all dark hair in 20 years. But the truth is we fell in love with more than just the exteriors. While physical attraction is not irrelevant by any means, there is so much more to a person and it’s all those other things that will last much longer and cause much more of a threat to a healthy, beautiful marriage.

And so because we took a long time getting around to each other, I think that by the time we got together, we knew exactly what we were looking for. We knew to look beyond the appearances and the cleaned up version at that. We knew to look for the worst traits, the parts that we both self-identified and the parts that “leaked” out. We knew that we were both a work in progress, that we won’t be the same person forever but that the core of who we are, the purposes for our lives, the very reason our hearts beat at all, would never change. It occurred to me that it’s easy to think the world of my husband at the beginning but then find over time that there are so many things I didn’t know or there are things that change over time.

But it also occurred to me that the same goes for me. He married me because of all the things that he knew and fell in love with, but he also saw my darker side, the sinfulness of my heart, the parts of me which are stubborn and selfish and rude. And he knew he was getting all of it and then some. The part that is my responsibility is to grow. To grow in love and grace. To learn, to hope, to deal with anything and everything that comes up. My part is to know him fully and love him more each passing year.

So, he may have married you for your Rachel. But also give him your Leah. Give him what he didn’t expect, the best of you, the part that is even better than what you appeared to be. Be the one that brings blessing to him and his name, the one who is a source of good and ultimately the one who points the way to Jesus – for we know now that Leah was the mother of Judah who was destined to be the line of kings and ultimately the Savior of all. Be the one who labors for him and earns his love, no matter how begrudgingly he may seem to give it at times. His heart will seek affections from easier paths, from prettier faces, from happier times. But even in your heartache and sorrow, be the woman he needs, even when, especially when, he doesn’t want what he needs most. 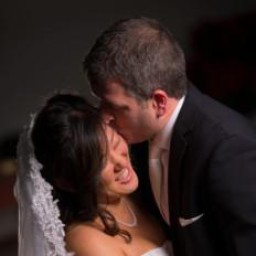